Free shipping on all orders! No minimum purchase required.

(No reviews yet) Write a Review 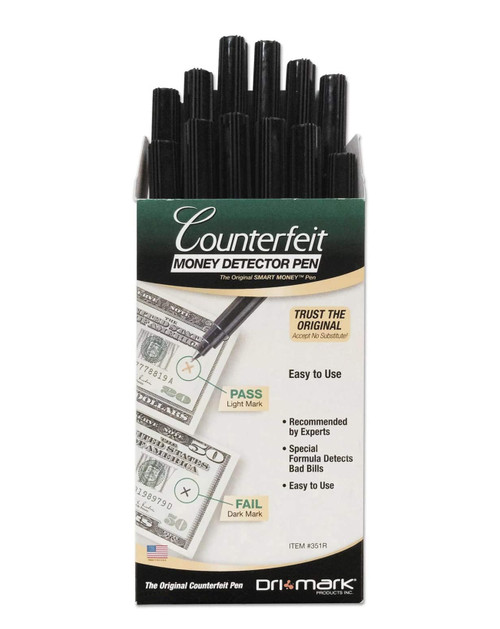 This Dri-Mark Smart Money Counterfeit Bill Detector Pen is the ideal instrument for preventing counterfeit money in your business. For detecting bad money, this is a very effective and inexpensive technique. In the event that fake currency is accepted, the store's deposit will not be accepted by the bank. Make a little mark on a piece of US cash. Chemically sensitive ink is ready to use right away. A bill with an amber mark passes the test, while one with a dark brown or black mark fails, indicating that it is most likely a fake.

This product hasn't received any reviews yet. Be the first to review this product!

MSRP:
Was:
Now: $45.59
Add to Cart The item has been added
Customers Also Viewed

Get the latest updates on new products and upcoming sales

Thanks for joining us.

Adding your products to cart